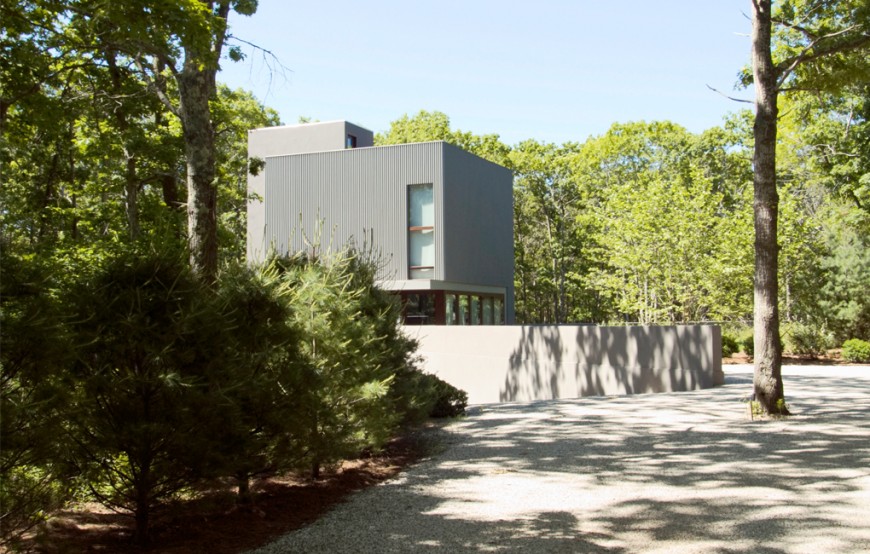 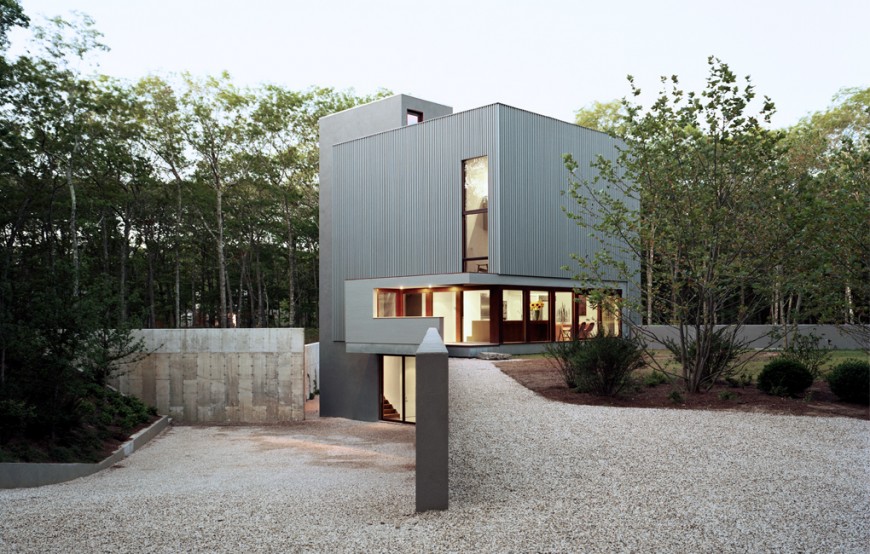 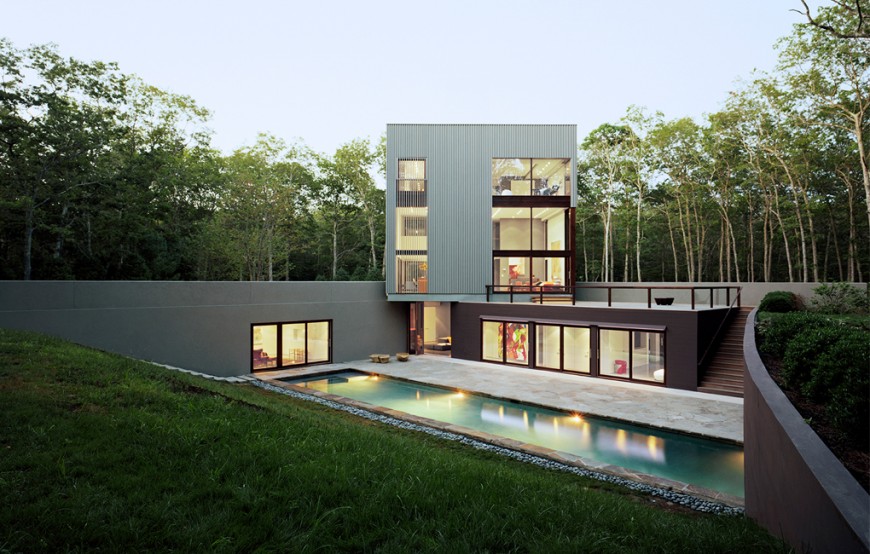 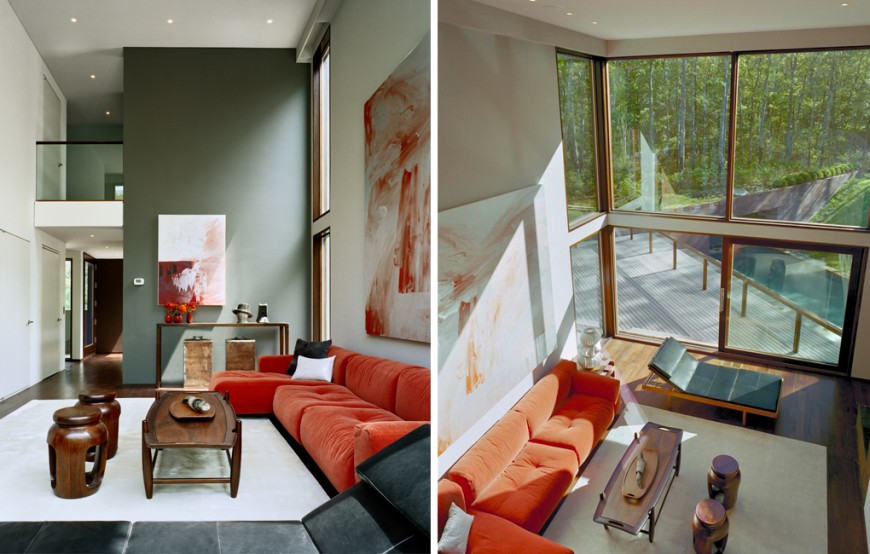 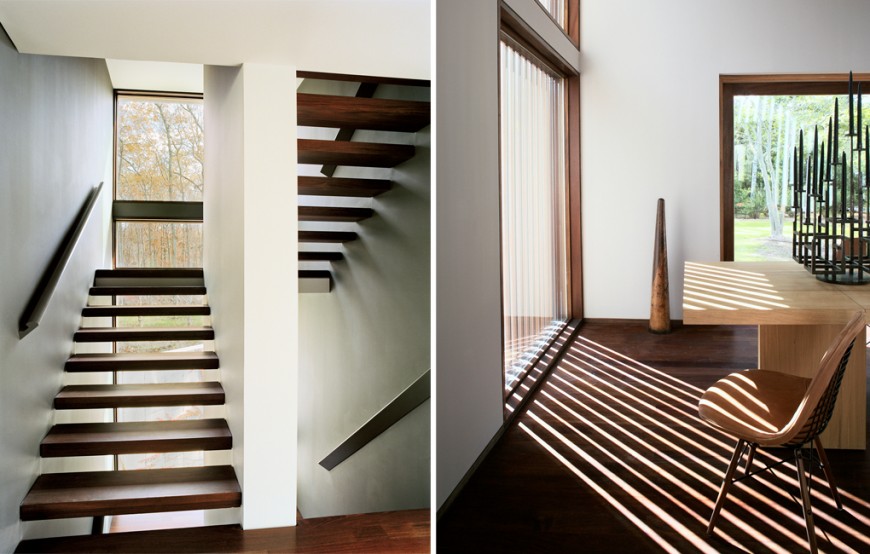 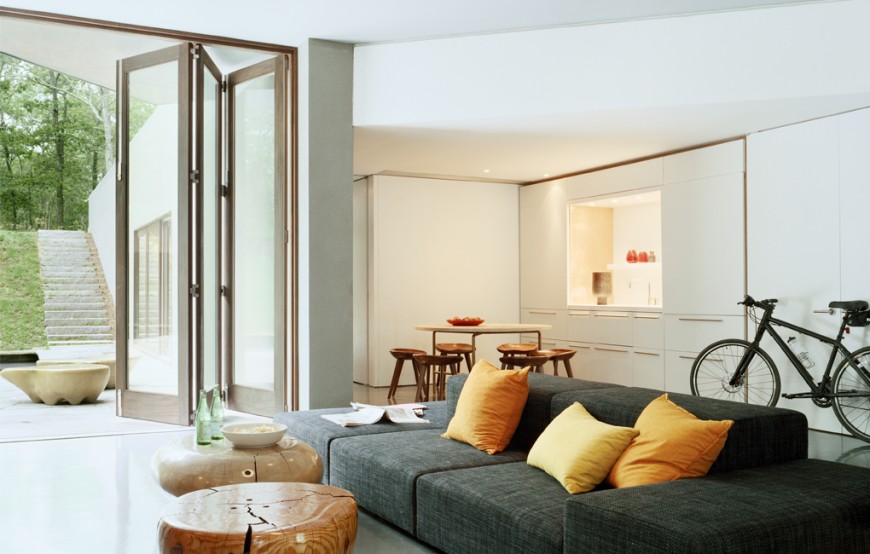 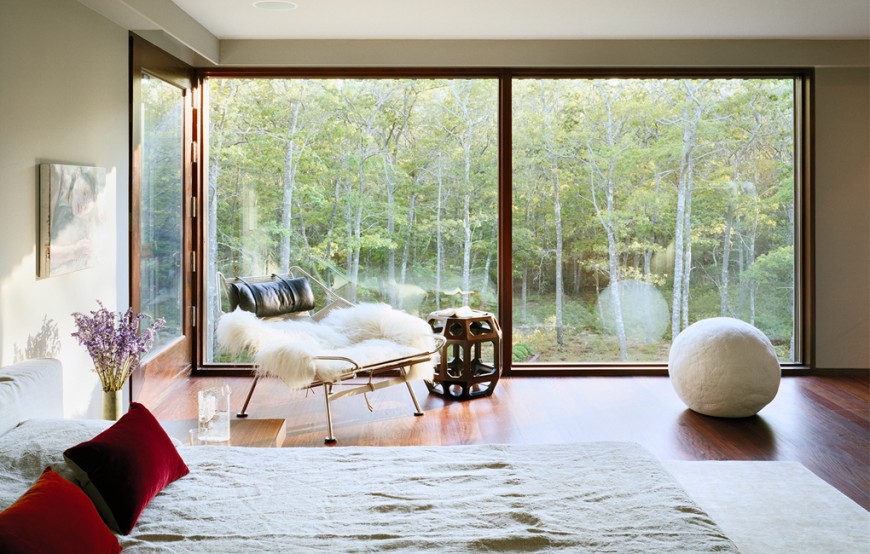 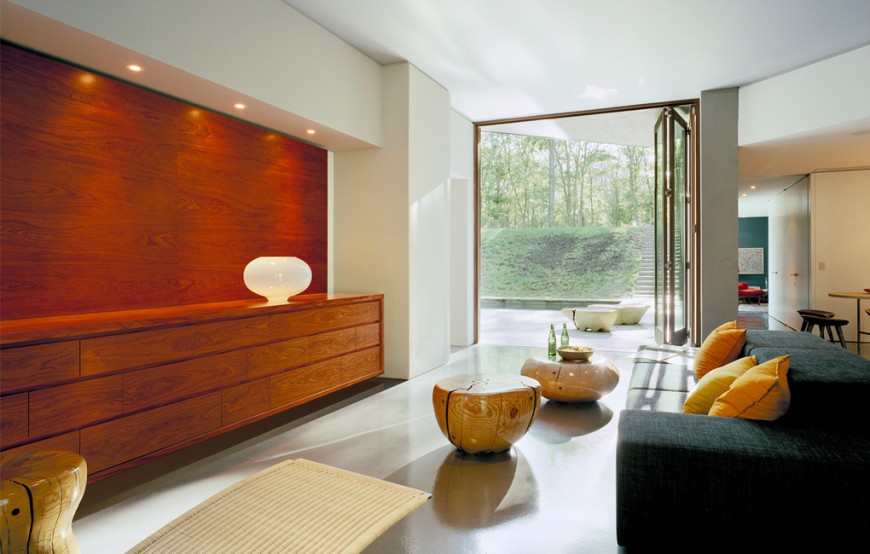 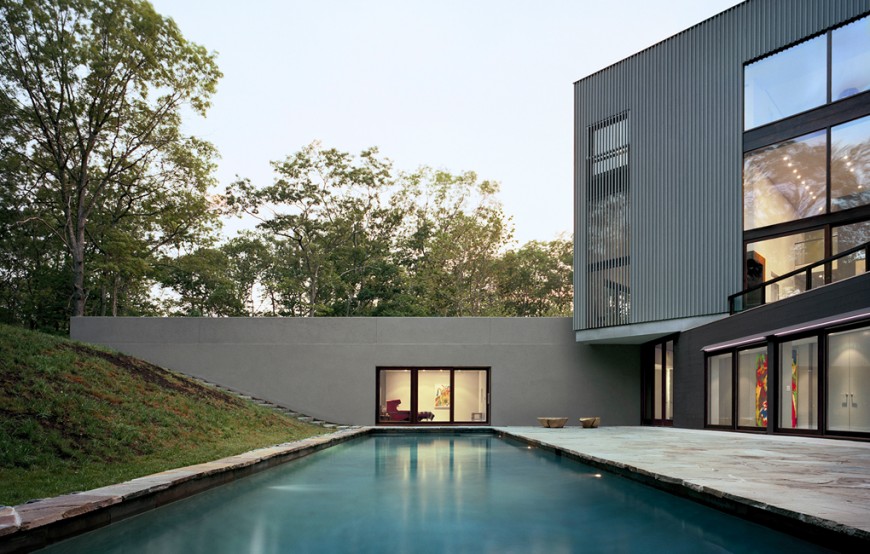 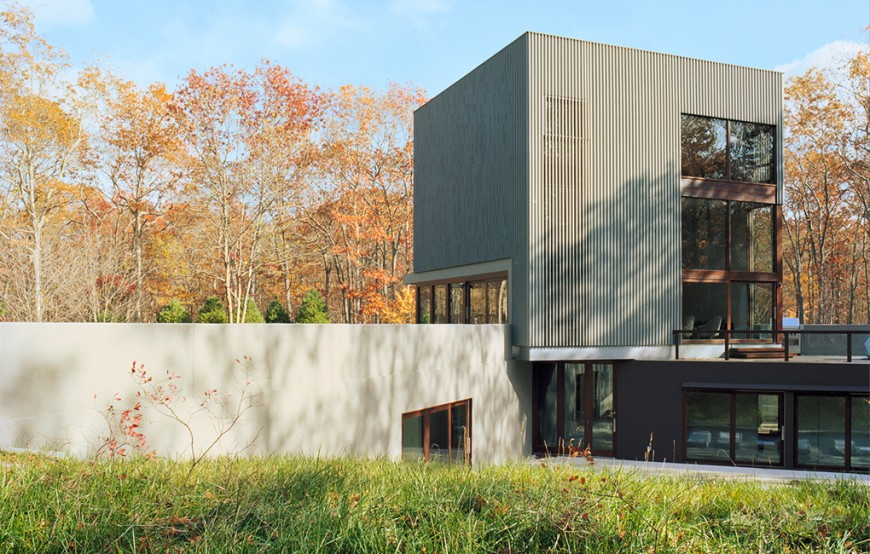 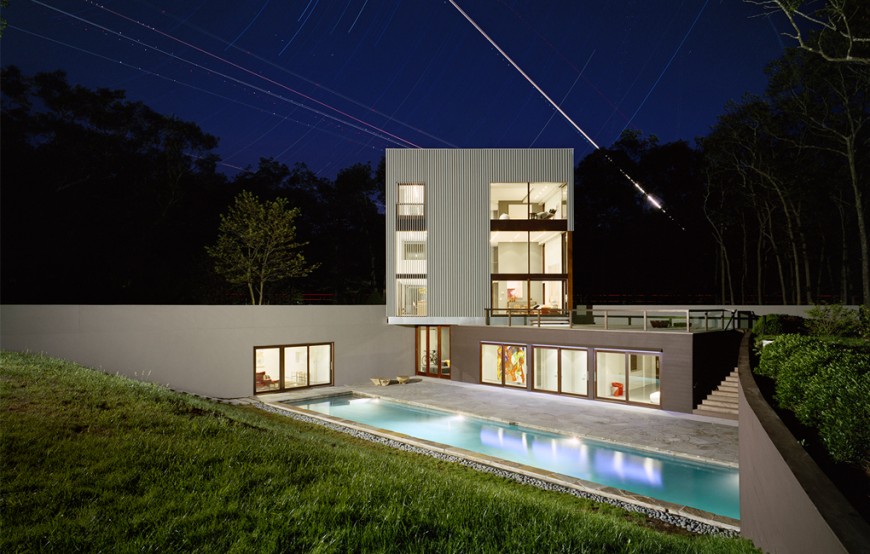 A custom-designed house for a hypothetical client explores the universal human desires for both orderliness and spontaneity, while firmly rooting itself to the landscape and creating privacy by shaping the terrain.

(Design of a 4,500 square foot house at an east Long Island community master-planned by Richard Meier).

The primary challenge was to design for the needs of a yet-to-be-determined client. Another significant issue was how to root the house to the earth; the nearly flat site in a young growth forest offered no footing. We responded by reshaping the topography, establishing the first level slightly below grade and sculpting the surrounding terrain into a gentle rise. In addition to anchoring the house, this also allowed the visible volume to be reduced, and enabled the creation of indoor/outdoor spaces that are at once secluded, yet very open to their surroundings.

The house functions (physically and psychically) on multiple levels – as much an intimate retreat for two (or one) as an accommodating host to an extended family (or numerous guests) – thus promoting multiple, overlapping narratives. Above: the public face, contained, controlled, consistent. Below: the private sphere: free-wheeling and spontaneous. We chose to embrace, rather than deny, this inherent ambivalence – a duality that we believe to be universal to the human condition.